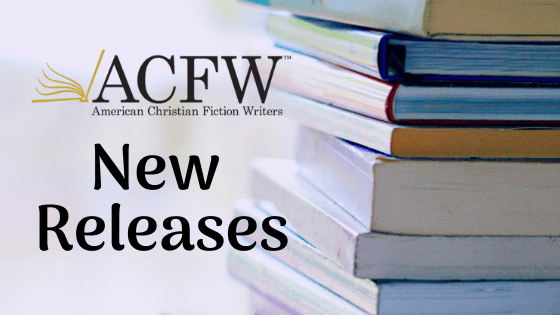 The winner of the $25 Baker Bookhouse gift card from last week’s giveaway, is Amy (amy****9@****.com)! Congratulations! Please check your email!

Now it’s time for the monthly ACFW New Releases! Check out what’s new and add your favorites to your TBR pile!

A Future for His Twins by Susanne Dietze — Will these children get their greatest wish? (Contemporary Romance from Love Inspired [Harlequin])

For the Love of Joy by Janet W. Ferguson — When she’s suddenly injured with not a soul to help her or her son, Joy is forced to rely on the man who has the most reasons to hate her. (Contemporary Romance, Independently Published)

An Unlikely Proposal by Toni Shiloh — For these two best friends, marriage could be their greatest test yet. (Contemporary Romance from Love Inspired [Harlequin])

All Through the Night by Tara Johnson — When Joshua and Cadence unearth the workings of a secret society so vile, the course of their lives, and the war, could be altered forever. If they fight an enemy they cannot see, will the One who sees all show them the way in the darkest night? (Historical Romance from Tyndale House)

Books Afloat by Delores Topliff — Blaming herself for her childhood role in the Oklahoma farm truck accident that cost her grandfather’s life, Anne Mettles is determined to make her life count. Will she go it alone? Or will she team with the unlikely but (mostly) lovable characters? One is a saboteur, one an unlikely hero, and one, she discovers, is the man of her dreams. (Historical from Mantle Rock Publishing)

Night Bird Calling by Cathy Gohlke — With war brewing for the nation and for her newfound community, Lilliana must overcome a hard truth voiced by her young friend Celia: Wishing comes easy. Change don’t. (Historical from Tyndale House)

One for the Road by Mary Ellis — Staying at an estranged relative’s B&B, Jill’s plan to uncover what makes the state’s bourbon tours so popular goes awry when she discovers a body at one of the distilleries and quickly becomes a suspect in a brutal murder. Can she navigate high-stakes bourbon rivalries, centuries-old family feuds and ill-fated romance to catch a killer?
(Cozy Mystery from Severn House)
Romantic Suspense:
Texas Witness Threat by Cate Nolan — What do you do when you know you witnessed a crime and no one believes you, but the killers are still coming for you? (Romantic Suspense from Love Inspired [Harlequin])
Thriller/Suspense:

Every Good Plan by Urcelia Teixeira — Good fortune was always his best friend. Until it became his enemy! Adam Cross is back in another gripping Christian Suspense that will have you strapped to your favorite reading chair until you turn the very last page! (Thriller/Suspense, Independently published)
Young Adult:

Heart of the Crown by Hannah Currie — The last place Lady Wenderley Davis ever expected to find herself after swearing off princes forever was living in a palace with two of them. Even if it is only temporary. And she did agree to it. Kind of. Against her better judgement. (Young Adult from WhiteFire Publishing)

Plus check out these recent additions to Fiction Finder published within the past month:

Penelope Pumpernickel: Precocious Problem-Solver by MaryAnn Diorio – In this first of the delightful Penelope Pumpernickel Series of chapters books for six-to-ten-year-old children, Penelope Pympernickel learns that no matter how big a problem you face, there is always a way to solve it with God’s help. (Children’s)

The Rancher’s Family Secret by Myra Johnson – Despite their family feud, Spencer Navarro is determined to help his neighbor, Lindsey McClement, when she comes home to save her family ranch. And Lindsey returns the favor by allowing him to house his foster rescue horses in her empty barn stalls. But when the generations-long strife threatens their forbidden friendship, Spencer must choose between a new love and his family. (Contemporary Romance)

William’s Cry, An Enid Gilchrist Mystery by Sylvia Anne Nash – When genealogist Enid Gilchrist is asked to unravel the family mystery surrounding a seventy-year-old baby blanket, she is intrigued. She expects the project to be a short one that will in no wise interfere with her long-awaited marriage to Chief of Police Patrick Mulhaney. When her short project unravels more threads than expected, both project and wedding plans run amuck as someone makes every effort to stop her investigation. (Cozy Mystery)

A Holiday Heart by Denise Weimer – When Ashlyn arrives at White Falls Lodge armed with cosmetic bags and designer shoes, little is she prepared to be stranded by a snow storm, irritated by the handsome resort owner who seems determined to peel away her facade, and redirected by a God Ashlyn wants to forget, through Mamie Lou’s real gift … the secret story of her grandmother’s past. (Contemporary Romance) 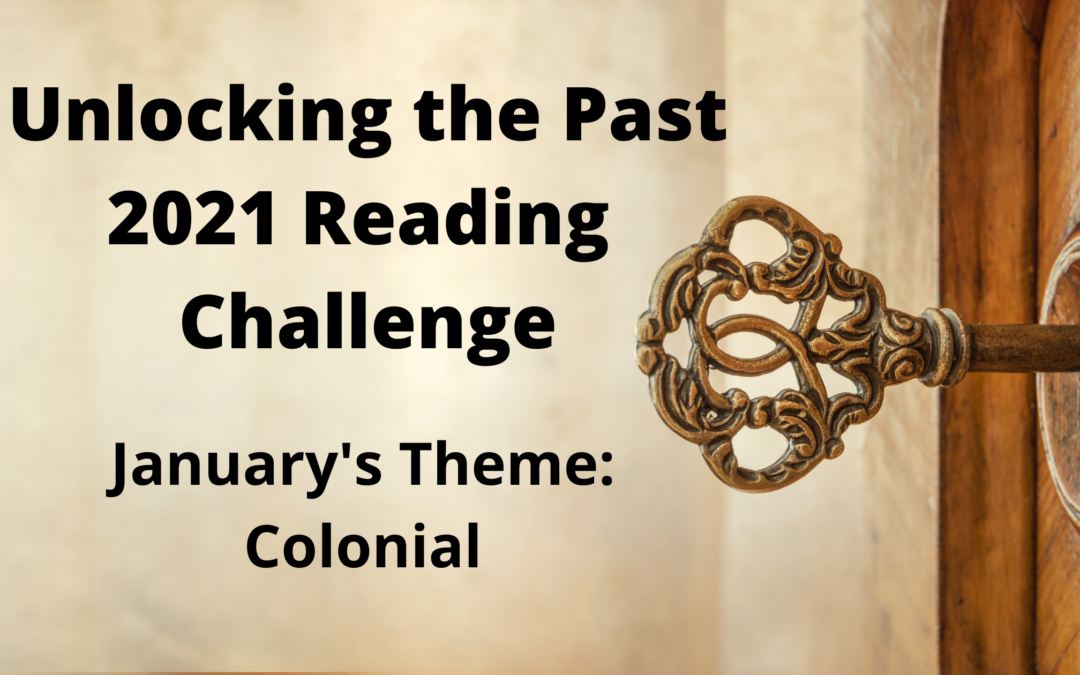 Welcome to the first month of the Unlocking the Past 2021 Reading Challenge. This month focuses on the Colonial Period (1600s to 1760s).

At the request of one of my readers, I’ll post suggestions from by bookshelf at the beginning of each month. I was surprised by how few Colonial books I had, but here are the books I have on my shelf (and only two of them I’ve read).

Add your suggestions in the comments, and/or tell me what you are reading. Have you read any of these below? Which one should I choose for this month? Let me know.

The King’s Mercy by Lori Benton

When captured rebel Scotsman Alex MacKinnon is granted the king’s mercy–exile to the Colony of North Carolina–he’s indentured to Englishman Edmund Carey as a blacksmith. Against his will Alex is drawn into the struggles of Carey’s slaves–and those of his stepdaughter, Joanna Carey. A mistress with a servant’s heart, Joanna is expected to wed her father’s overseer, Phineas Reeves, but finds herself drawn instead to the new blacksmith. As their unlikely relationship deepens, successive tragedies strike the Careys. When blame falls unfairly upon Alex he flees to the distant mountains where he encounters Reverend Pauling, itinerate preacher and friend of the Careys, now a prisoner of the Cherokees. Haunted by his abandoning of Joanna, Alex tries to settle into life with the Cherokees, until circumstances thwart yet another attempt to forge his freedom and he’s faced with the choice that’s long hounded him: continue down his rebellious path or embrace the faith of a man like Pauling, whose freedom in Christ no man can steal. But the price of such mercy is total surrender, and perhaps Alex’s very life. 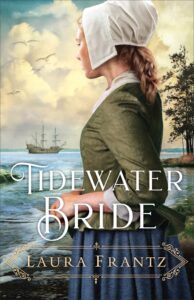 Selah Hopewell seems to be the only woman in the Virginia colony who has no wish to wed. True, there are too many men and far too few women in James Towne. But Selah already has her hands full assisting her father in the family’s shop. And now she is in charge of an incoming ship of tobacco brides who must be looked after as they sort through their many suitors.

Xander Renick is perhaps the most eligible tobacco lord in the settlement. His lands are vast, his crops are prized, and his position as a mediator between the colonists and the powerful Powhatan nation surrounding them makes him indispensable. But Xander is already wedded to his business and still grieves the loss of his wife, daughter of the Powhatan chief.

Can two fiercely independent people find happiness and fulfillment on their own? Or will they discover that what they’ve been missing in life has been right in front of them all along? 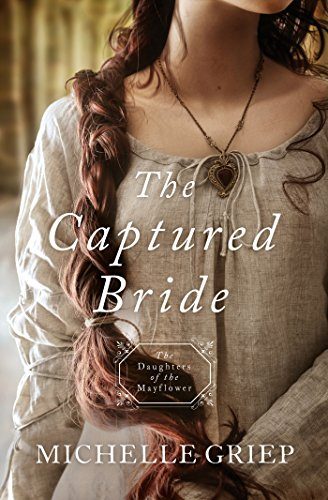 Mercy Lytton is a lady like none other. Raised amongst the Mohawks, she straddles two cultures, yet each are united in one cause. . .to defeat the French. Born with a rare gift of unusually keen eyesight, she is chosen as a scout to accompany a team of men on a dangerous mission. Yet it is not her life that is threatened. It is her heart.  Condemned as a traitor, Elias Dubois faces the gallows. At the last minute, he is offered his freedom if he consents to accompany a stolen shipment of French gold to a nearby fort—but he is the one they stole it from in the first place. It turns out that the real thief is the beguiling woman, Mercy Lytton, for she steals his every waking thought.   Can love survive divided loyalties in a backcountry wilderness?

The Charles Towne Bells Trilogy by M.L. Tyndall (The Red Siren, The Blue Enchantress, and the Raven Saint) 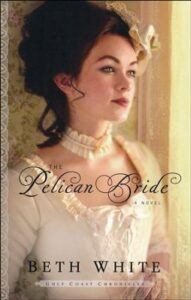 It is 1704 when Genevieve Gaillain and her sister board a French ship headed for the Louisiana colony as mail-order brides. Both have promised to marry one of the rough-and-tumble Canadian men in this New World in order to escape religious persecution in the Old World. Genevieve knows life won’t be easy, but at least here she can establish a home and family without fear of beheading. But when she falls in love with Tristan Lanier, an expatriate cartographer whose courageous stand for fair treatment of native peoples has made him decidedly unpopular in the young colony, Genevieve realizes that even in this land of liberty one is not guaranteed peace. And a secret she harbors could mean the undoing of the colony itself. 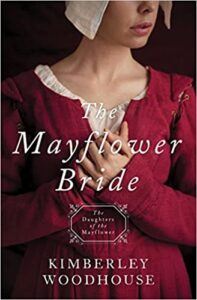 The Mayflower Bride by Kimberley Woodhouse

Mary Elizabeth Chapman boards the Speedwell in 1620 as a Separatist seeking a better life in the New World. William Lytton embarks on the Mayflower as a carpenter looking for opportunities to succeed—and he may have found one when a man from the Virginia Company offers William a hefty sum to keep a stealth eye on company interests in the new colony. The season is far too late for good sailing and storms rage, but reaching land is no better as food is scarce and the people are weak. Will Mary Elizabeth survive to face the spring planting and unknown natives? Will William be branded a traitor and expelled?

The last time New Orleans attorney Jean-Luc Valmont saw Maribel Cordoba, a Spanish nobleman’s daughter, she was an eleven-year-old orphan perched in the riggings of his privateering vessel proving herself as the best lookout on his crew. Until the day his infamy caught up with them all and innocent lives were lost. Unsure why he survived but vowing to make something of the chance he was given, Jean-Luc has buried his past life so deep that no living person will ever find it—until a very much alive and very grown up Maribel Cordoba arrives on his doorstep and threatens all he now holds dear.

If you have a favorite book or author who writes in this time, put it in the comments so other readers can know who to go search out for options. Old or new, it doesn’t matter. 🙂

Hearts of the Secret Service