Grace Hitchcock is the author of multiple historical novels and novellas. She holds a Masters in Creative Writing and a Bachelor of Arts in English with a minor in History. Grace lives in Baton Rouge with her husband, Dakota, son and daughter. Connect with her online at GraceHitchcock.com.

“A thrilling romance, a gallant Secret Service operative, and a courageous heroine—Crystal Caudill’s Counterfeit Love is an exceptional tale of tragic loss, healing, and redeeming love.”

—Grace Hitchcock, author of My Dear Miss Dupré and Her Darling Mr. Day

I am so in love with all the different descriptions Counterfeit Love gets in these endorsements. I think Grace encapsulated it perfectly with her words too. I am so blessed and honored. Thank you, Grace!  (And I’m shamelessly putting the link to Counterfeit Love here if you would like to learn more or preorder it.)

Grace has written several novels and novellas that you NEED to check out. You can purchase them from any major retailer, but here is the link to her Amazon Author Profile where you can grab any of the titles you like.

The goal was simple, find a husband so she could be queen of her father’s sugar empire. Thirty suitors, six months of courting…was that enough time for her to fall in love?

Willow Dupré never thought she would have to marry, but with her father’s unexpected retirement from running the prosperous Dupré sugar refinery, plans changed. The shareholders are unwilling to allow a female to take over the company without a man at her side, so her parents devise a plan — find Willow a spokesman king in order for her to become queen of the empire.

Willow is presented with thirty potential suitors from the families of New York society’s elite group called the Four Hundred. She has six months to court the group and is expected to eliminate men each month to narrow her beaus until she chooses one to marry, ending the competition with a wedding. Willow reluctantly agrees, knowing she must do what is best for the business. She doesn’t expect to find anything other than a proxy . . . until she meets Cullen Dempsey, and she must discover for herself if his motives are pure.

New Orleans’ most eligible bachelor insists he’s not on the market. . . . He couldn’t be more wrong.

Jilted in front of all New York, Theodore Day decides to lose himself in his family’s luxury riverboat business in New Orleans and compete against his brother to become the next company head. The brother with the most sales by summer’s end will win the position. Thanks to Theodore’s fame as a suitor in Willow Dupré’s outlandish competition to find a husband, he has become very desirable royalty in southern society and thus has an advantage.

It took Flora Wingfield’s best work to convince her family to summer in New Orleans, but with Teddy Day a bachelor once again, she’s leaving nothing to chance. Desperate to stand out from all the clamoring belles, Flora attempts a bold move that goes completely awry, only to find it’s her interior design skills that finally catch his notice.

But when Flora learns her father has matchmaking schemes of his own, Teddy will have to decide where his happiness truly lies and what he is willing to sacrifice for it.

When Winnifred Wylde attends the Chicago World’s Fair, she witnesses a man kidnapping a woman in green. She believes that he might be behind the mysterious disappearances surrounding the White City and attempts to convince her father, Inspector Wylde, to investigate. He dismisses her claims as just another exaggeration conceived by her overactive imagination. After much convincing, he reluctantly gives Winnie permission to attempt to prove him wrong, but only if she takes her pistol and one of his men for protection. With the help of Jude Thorpe, a handsome detective acting as her bodyguard, Winnifred goes undercover as the secretary to the man in question, who uses the alias H. H. Holmes.

Will she be able to uncover the truth behind the disappearances, or will Winnifred become the next victim? 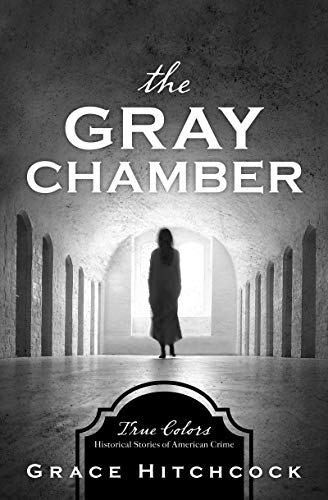 On Blackwell’s Island, New York, a hospital was built to keep its patients from ever leaving.

With her late father’s fortune under her uncle’s care until her twenty-fifth birthday in the year 1887, Edyth Foster does not feel pressured to marry or to bow to society’s demands. She freely indulges in eccentric hobbies like fencing and riding her velocipede in her cycling costume about the city for all to see. Finding a loophole in the will, though, her uncle whisks Edyth off to the women’s lunatic asylum just weeks before her birthday. Will Edyth prove her sanity before it is too late?

At the asylum she meets another inmate, who upon discovering Edyth’s plight, confesses that she is Nellie Bly, an undercover journalist for The World. Will either woman find a way to escape the terrifying island and reclaim her true self?

Check out her novellas on her website or on your favorite retailer’s site.

Leave an encouraging note for Grace Hitchcock in the comments. This writing journey is rough, and I’d love to bless her as much as she has blessed me.